Commitment- The Foundation of a Radical Marriage

I recently realized that in more than 30 years as a counselor, therapist, and coach, I have never been able to help anyone who wasn’t committed to what they wanted.

Having a strong rescuer/hero complex, for many years I tried for a 100% success rate helping couples save their marriages, individuals find happiness, business owners achieve success, and so on, taking personal responsibility for the outcome. Whenever the desired results didn’t happen, I blamed my skills and methods and sought more training and techniques, and never achieved more than a 50% success rate. I felt relieved when I discovered that other helping professionals did no better.

Thinking of all the people I tried to help, the biggest difference between those that succeeded and those that didn’t, appeared to be- Commitment>.

Discovering the pivotal role of commitment, I now seek to address level of commitment first and foremost with my clients, going so far as to say that I can’t help them unless they are committed. So far, I have not had any luck helping people become more committed than they already are. I’ll let you know if I figure out the secrets of “Commitment Coaching.” Until then, I will assume your level of commitment determines your outcome.

We seem to live in a society that values immediate gratification and happiness, and devalues commitment and sacrifice. Co-habiting couples want to be happy first, then they’ll commit. No wonder the failure rate of co-habiting couples is so much higher than committed couples.

Commitment is both a FACT demonstrated by behavior, and an ATTITUDE consisting of thoughts and beliefs. Saying vows and exchanging rings in front of witnesses establishes the fact of commitment, as does the behavior of staying in an unhappy relationship no matter what. A committed attitude involves thoughts and beliefs to stay in the relationship under all circumstances.

What people say and do is typically preceded by their attitude, but not always. It is common to have a difference between fact and attitude, for example, the married person who wonders “Is this relationship right for me? Do I want to stay?” As long as they stay in the relationship, they are committed in fact, if not attitude. Behavioral choices can be interpreted to reflect the true, underlying commitment, regardless of what people say.

While both are important, if there is a difference, it is probably more effective to focus on what someone does more than their attitude and what they say. You can change actions and behavior much more easily than beliefs and thoughts, and “acting as-if” is a well-established technique for changing attitudes.

In my view, making a commitment to a relationship is a serious and irreversible choice, not to be taken lightly or entered into quickly, because you can never go back to the way your life was before. When you are single and dating is your opportunity to explore possibilities. When you enter a pre-committed relationship is your chance to fully compare your requirements with the reality. Ideally, you make a commitment with full consciousness and clarity that this is what you want, accepting all challenges and obstacles as part of the package.

Path to Happiness Paved with Commitment?

I have found compelling evidence that the path to long-term relationship happiness requires commitment in the results of a study by Linda Waite, author of “The Case for Marriage,” who found that two-thirds of unhappily married spouses who stayed married reported that their marriages were happy five years later. She coined the term “Marital Endurance Ethic;” stating that “marriages got happier not because partners resolved problems, but because they stubbornly outlasted them.”

This is astounding. All by itself, the act of commitment appears to be more effective than counseling, therapy, workshops, self-help books, and even relationship coaching, in overcoming problems and creating a happy long-term relationship.

Couples come to counseling and coaching wanting to be happy together. Chances are, they’ll be happy if they just stick it out long enough, they don’t need me for that. If they wish to proactively co-create their happiness together, as I mentioned at the beginning of this article, I’ve discovered they both must be committed and be willing to accept personal responsibility.

In working with couples I now inform them of this, and seek to immediately learn their level of commitment, their ability to accept responsibility, their attitudes toward commitment, and whether there is a difference between fact and attitude. If the “fact” is that they are in a committed relationship (e.g. married), yet their “attitude” is less than committed (e.g. “I’m not sure this is the right relationship for me” or “It’s his/her fault, I’ll change when s/he changes.”), that is where the work must begin.

It is understandable that their unhappiness might cause couples to question their relationship, however, I share with them that I have learned that the path to happiness starts with commitment and personal responsibility. I explain that if they need results before commitment then we can’t work together, as I would be doing them a disservice by wasting their time and mine, and chances are that if they do nothing other than stick it out, they’ll end up happy.

Commitment is a fact simply demonstrated by the act of staying in a relationship. While “attitude precedes outcome” is true, it is also true that “all behavior is purposeful,” meaning that what someone does is a better measure of the future than what they say. We can clear up a lot of confusion and “what ifs” (“What if there is an affair?” “What if they won’t go to counseling?” “What if my needs aren’t met?”) by focusing on the “fact” of commitment as demonstrated by both partners staying in the relationship no matter what, since now, thanks to Linda Waite’s research, we know that if they do so, the odds are that it will work out.

Should Commitment be Unbreakable?

When entering a committed relationship, the great majority of us do so with the full intention of being together for life. Ideally, breaking that commitment shouldn’t be easy or quick. In my opinion, unhappiness is not a valid reason to break a commitment; it is simply an indication that there is work to be done.

If, most of the time but not all the time, commitment is the path to relationship happiness, how do we decide whether to stick it out or not? How do we know that our misery will eventually lead to happiness or not? We can’t really know.

Since we can’t really know the prognosis of an unhappy relationship, perhaps the following questions might help:

Research Results on Commitment and Happiness 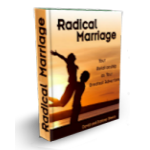 Check out the Relationship Coaching Institute Radical Marriage coaching program. Find out about the many new opportunities available for coaches trained to help couples achieve a Radical Marriage; such as media interviews, local presentations and workshops, “done-for-you” marketing programs, referrals, promotion on our website, and more!
Get a FREE Relationship Coach Stater Kit to find out more!